We strive to produce only scientifically accurate information for our readers. So when someone asked us to review the compound Cyclazodone, we went to the usual scientific libraries and databases we normally do.

Unfortunately, there isn’t a lot to find. In fact, one medical site we found linked back to the Wikipedia article for Cyclazodone; that’s not usually a good sign that something has been studied a lot.

We’ll present what we found and leave it to you, the reader, but beware right at the top: when there isn’t a lot of scientific data on a supplement, you should always be careful reading a review saying that’s safe and effective.

Table of Contents
What Is Cyclazosone, exactly?
Is it a nootropic?
final thoughts

Psychoactive drugs went through a bit of a surge in the mid-20th century. In 1960, doctors working for a company called Cyanamid developed a stimulant drug that they wanted to work similarly to two existing drugs, pemoline and thozalinone.

The commercial name for the drug is Cyclazodone, the chemical name is N-methyl-cyclazodone. This resulting drug is now made by a company called Adooq. 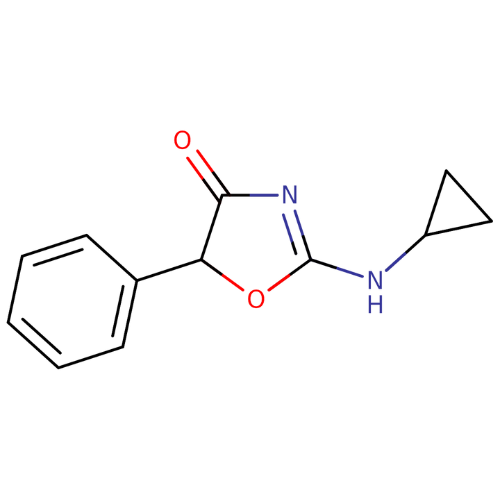 The drug itself is similar to the d-amphetamine group of drugs, and works in a similar way to stimulate brain activity, reduce fatigue, and suppress hunger. According to one database we found, it is approximately 3x to 5x stronger than Pemoline.

Is it a nootropic?

We can’t classify it as a nootropic, no. At this time, the FDA has not approved it as a drug for the treatment, cure, or alleviation of any disease. That means it isn’t a prescribed nootropic like Adderall, or an FDA approved over-the-counter medication like NoDose.

In addition, we won’t call it a nootropic because all the products and ingredients we recommend or classify as such to our readers must meet certain safety and regulatory standards. Because this supplement was never approved by the FDA in all its 60+ year history, and because it is also prohibited by the World Anti-Doping Agency, we don't feel it is safe enough to use.

We did not find any information in our research that says Cyclazodone doesn’t work. But we also didn’t find any studies saying it does, either.

The closest chemical relatives of Cyclazodone are potent ADHD prescription medications. In that same breath, we can conjecture that Cyclazodone would have similar, though stronger, effects on people.

But Cyclazodone is not approved in the US, and we did not find it on the ingredient lists of any nootropics we currently endorse. If you are entertaining its use, please consult a physician, and be aware that there are health and legal risks.