Ashwagandha As A Nootropic

As the global prevalence of stress rises, the need for nootropic aids is becoming more and more sought after. Nootropic agents such as Ashwagandha play a pivotal role in accelerating brain function without serious side effects.

But its benefits don't just end there. When it comes to mental health, this nootropic aid is front and center, relieving everything from brain fatigue to poor memory. Lets take a better look at the properties of Ashwagandha:

Ashwagandha is an agent derived from the forests of Nepal, China, and India. It has been used for decades in the Ayurveda culture to help improve memory, immune system function, and lower blood pressure. These primary benefits were joined by various other advantages as scientists dissected the herb over the years.

Evidence shows that Ashwagandha is a natural adaptogen and anxiolytic, which makes it an excellent weapon against physical, emotional, and mental stress. 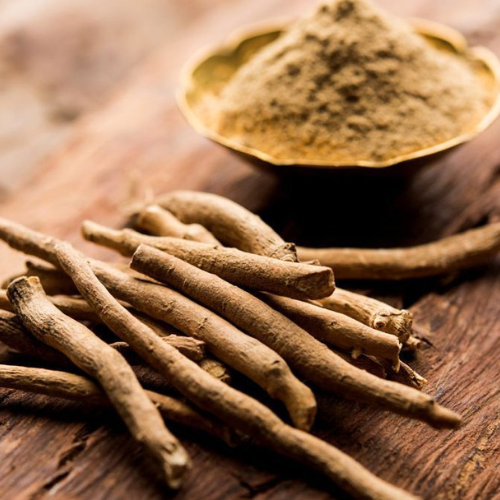 The elimination of stress has a domino effect on thinking processes and memory. It also helps the brain function more efficiently, which I found to be the foundation of accelerated mental capabilities.

Is Ashwagandha a Stimulant?

After reviewing several studies, I found that Ashwagandha is indeed a stimulant. Although it has been given the stimulant tag, its caffeine-like benefits are not paired with side effects, energy crashes, or jitters, making it the preferred ingredient choice in nootropic products. Unlike other potent stimulant-based ingredients whose use cannot be stacked or combined, Ashwagandha can. The use of the herb can be safely paired with other energy-promoting agents, such as Rhodiola, to help intensify its effects/results.

The combination of Ashwagandha with other stimulants has been shown to not only improve focus/concentration but also elevate physical capabilities. I found compelling evidence supporting this in a study that tested Ashwagandha's impact on athletic performance. Results showed that the herb supported better endurance and muscle strength. The increase in endurance expands physical capabilities, directly stimulating the brain's release of growth hormones. This fuels motivation, memory, and focus, making it an excellent option for anyone looking to run a brain or road marathon.

Are There Any Nootropic Benefits in Ashwagandha?

Ashwagandha's different effects and properties have earned it a place in several categories. Studies show that the herb is an aphrodisiac, diuretic, astringent, thermogenic, stimulant, and most importantly, a nootropic. It improves mental focus and memory formation, making it an effective cognitive aid. It also provides both the body and brain with healthy, balanced amounts of energy, reducing the possibility of burnouts and crashes.

A review I found that included 5 studies showed the herb could help with cognitive functioning in adults. This included people with schizophrenia and older adults with mild mental impairment. Ashwagandha improved executive functioning, attention, performance on cognitive tasks, and reaction time. The positive results here led me to believe that the herb is equally effective in improving sharpness and other valuable skills that equate to accelerated mental abilities.

Another study that involved adults consuming 600mg of Ashwagandha a day for 8 weeks showed noticeable improvements in memory, information-processing speed, and attention spans. I noted the absence of burnout, headaches, and other serious side effects in these studies, confirming Ashwagandha's tolerance and safety profile.

Since this herb is an adaptogen, it alters the way the body deals/handles stress. This increases the user's resistance to anxiety and stress, improving brain function and the quality of life. A PubMed study looking at the herb's effect on stress and anxiety supported its adaptogen properties as it proved the herb successfully decreased anxiety and stress by 60% following daily use.

After dissecting the study, I found that Ashwagandha reduced different levels of stress and its symptoms as well. This included insomnia, anxiety, and mental fatigue.

Participants from a study took the herb for 21 days and noticed a great improvement in their cognitive skills. It's safe to say that this is done through the herbs' antioxidant and anti-inflammatory properties—one of its oldest named benefits. These effects, along with a boost in immune system function, also improve overall energy levels.

This, in turn, supports better motivation, concentration, and stamina. The antioxidant effect also limits the effect of oxidative stress on the brain and prevents cognitive decline and lack of focus. The evidence in the study showed that Ashwagandha stops abnormal growth between nerve cells as well. This  reduces forgetfulness and low brain performance.

Here are some pros and cons of Ashwagandha that I have gathered from my research:

What Are the Side Effects of Ashwagandha?

Ashwagandha is known for its excellent safety profile and tolerance levels that allow it to be used by a wide range of users. However, this does not rule out the occurrence of side effects. Similar to any agent that improves body or brain function, Ashwagandha use can induce adverse effects. These effects are usually mild and short-lived.

These effects often start to subside as the body becomes acquainted with the herb's presence in the system.