Can Energy Drinks Help With Studying?

Energy drinks are one of the most marketed items in the world, with several thousand cans being sold daily worldwide. The drink is often used to boost physical energy, but it is becoming increasingly popular with those who need to study. The question is can energy drinks help with studying? In my opinion, the answer is yes.

Depending on the type of energy drink being consumed, users will experience enhanced memory and concentration with mental energy boosts that support more productive study sessions.

Table of Contents
What is an Energy Drink?
What are the Typical Ingredients?
Are there any Brands that are Supported by the Studies?
Is Caffeine Good for Studying?
Potential Side Effects of Energy Drinks

What is an Energy Drink?

As the name suggests, energy drinks are specially formulated beverages that increase energy levels. Next to multivitamins, these drinks are one of the most popular dietary supplements consumed by both adults and teens.

These beverages aim to promote mental alertness and help users focus while boosting the body's ability to perform physical tasks. 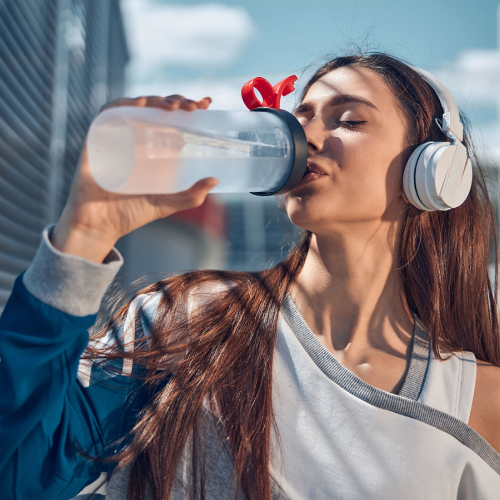 What are the Typical Ingredients?

Energy drinks are typically made up of a blend of ingredients that each have the potential to boost energy levels. Some of them are made using high amounts of sugar and caffeine, which give the body and mind a sudden jolt, much like a traditional cup of coffee. While others are created using a blend of natural ingredients.

Let's take a better look at the common ingredients found in most energy drinks, along with the potential effect they can have on the brain and study sessions:

The components above are combined with a water base to ensure the body gets adequate hydration while energy levels soar. The positive effects of these ingredients can be paired with memory-boosting techniques to support longer durations of study.

Are there any Brands that are Supported by the Studies?

Several energy drink brands have ingredient lists supported by strong scientific evidence. Below we look at the top 5 most effective options for studying:

This refreshing water enhancer is like a DIY energy drink without the fizzy aftertaste. The formula contains B complex vitamins, ginseng, electrolytes, antioxidants, taurine, ginseng, and all-natural caffeine in the form of guarana. It also has 0 grams of sugar as it's naturally sweetened with stevia.

Kickstart tastes like the classic Mountain Dew with added benefits and fewer calories. The drink has little sugar, the hydrating effect of electrolytes, caffeine, and vitamin B/C.

Reize is an energy drink that contains caffeine, taurine, ginseng, and B complex vitamins with 0 grams of sugar. The creators of this drink explain their ingredient choice in detail on their website and back each choice with science-based evidence, which gives users peace of mind.

Rockstar is a highly concentrated energy drink that contains caffeine, B complex vitamins, taurine, electrolytes, ginseng, ginkgo biloba leaf, milk thistle, and guarana. The blend is quite strong and definitely packs a punch.

After evaluating each product, I found that the ingredient lists fueling the energy-boosting drinks above have the ability to naturally improve complete cognitive function, especially focus and memory recall.

Is Caffeine Good for Studying?

Caffeine is a natural stimulant found in 60+ species of plants that are often used to boost energy levels. The substance enhances the function of the brain and central nervous, boosting both mental and physical capabilities. After reviewing several studies, I found that the substance can indeed be useful when studying.

However, it must be used in moderation to ensure that it produces beneficial effects rather than negative ones. 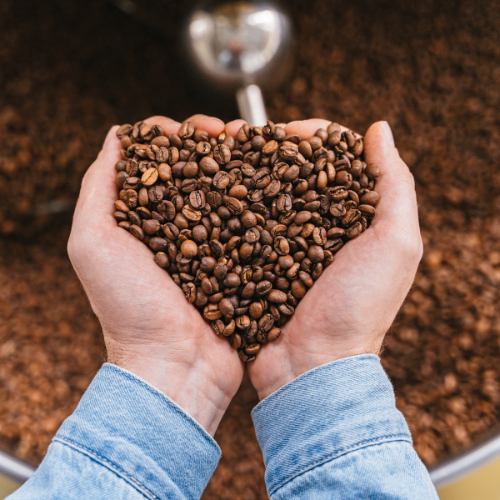 Large consistent doses of caffeine can lead to negative effects like energy crashes and brain fatigue.

While recommended doses can increase alertness, focus, concentration, improve mood and limit depression. This would make it a beneficial study aid, especially when there is limited time and large volumes of information to take in. Although caffeine produces positive effects in most circumstances if used accordingly, there are some instances where the mental energy boost depends on the user's unique psychological makeup. Different people typically have varied reactions to caffeine depending on their tolerance level to the substance. Nevertheless, it remains an excellent study aid with effects that can be likened to nootropic supplements.

Potential Side Effects of Energy Drinks

While energy drinks serve as a great study aid when pulling an ‘all-nighter’ it isn’t exactly the best option if you need a continuous mental boost or have plans to use it long-term. Energy drinks with a high stimulant and sugar content typically induce side effects. Thus excessive use can cause a host of side effects that can be harmful to both the brain and body.

In addition to these side effects, users may experience sleep issues that can greatly affect their learning ability. Studies show that sleep improves memory, attention, verbal fluency, abstract thinking, and problem-solving, which means the lack thereof can have the opposite effect on the brain. This can negatively impact study sessions.

On the other hand, energy drinks that contain ingredients like guarana, taurine, B complex vitamins, ginseng, and other herbal components/natural ingredients are less likely to induce side effects.