Bacopa Monnieri As A Nootropic

Bacopa monnieri (also known as Waterhyssop) is an ancient plant used to improve memory, reduce anxiety, and treat insomnia in the Ayurveda culture.

Over the years, the use of the ingredient has become more mainstream as supplement manufacturers worldwide added its formulas for brain aids. This officially solidified Bacopa’s status as a nootropic/cognitive enhancer. Below I expand more on the different properties of the plant:

What Is Bacopa Monnieri?

Commonly known as Brahmi in its native land, South and Southeast Asia, Bacopa is a part of the Scrophulariaceae family and has an incredibly rich history in traditional medicine.

The herb is an adaptogen due to its ability to help the body and mind adapt to changing circumstances like fluctuating stress/anxiety hormones. Compounds in the plant called bacosides fuel its adaptogen effects. 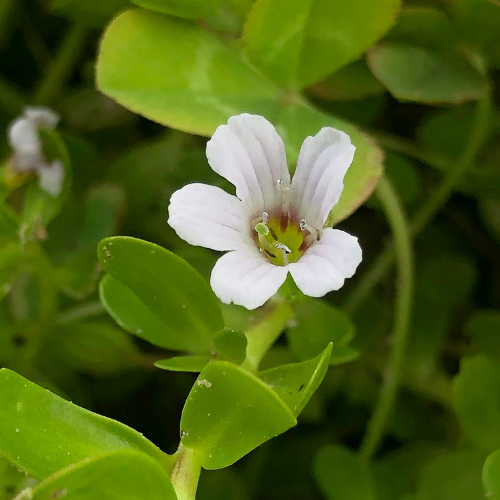 These compounds also give the plant its other properties, which are listed below:

Are There Any Nootropic Benefits in Bacopa Monnieri?

As mentioned earlier, Bacopa definitely has a high potential as a nootropic. I’ve found several studies that back its efficacy as a nootropic. I have dissected these studies below to show the profound effect the plant has on different mental capabilities:

One of the most talked about benefits of Bacopa use is its ability to expand memory banks and enhance brain function. Although some scientists believe that there isn’t enough data supporting this claim. I found compelling evidence proving that the ingredient improves working memory while preventing cognitive decline.

The evidence from the meta-analysis concluded that Bacopa has a high potential to improve cognition without causing adverse effects. Another study showed that a 300mg dose of Bacopa daily improved overall brain function, especially improving memory recall.

Bacopa alters the activity of certain hormones involved in stress response, which may help users deal with stress and anxiety more efficiently.

I reviewed a study that proved this claim. It showed solid evidence that the ingredient enhanced the mental capabilities of healthy individuals doing multiple takes. The evidence showed:

Although this ingredient is known to help and improve other facets of health, I feel like these two benefits best depict its effect on the human body. It also is the most fitting benefit for those who want to painlessly improve their mental stance.

The pros and cons of Bacopa are as follows:

What Are the Side Effects?

Bacopa has a good tolerability and safety profile which supports both long and short-term use of the ingredient. However, as with any natural herb or supplement, side effects are not completely absent. There is the possibility that mild side effects present themselves at the beginning of use.

These side effects include:

The above negative effects usually disappear after the body gets used to the compound in the circulatory system. To avoid other possible side effects, I suggest that users follow their recommended dosage and usage schedule to ensure that the body gets the required amount of the ingredient for cognitive enhancement.