Nootropics are a fascinating field of supplements designed to help improve our cognitive function, memory, and mental energy. A number of new products have come on the market in recent years, especially with many Americans feeling they’ve lost some control during recent years.

That’s why finding the right nootropic might be more important now than ever before. So when the chance to look at Qualia Mind came up, I jumped at it. I did a full review of its uses, ingredients, and possible side-effects. Let’s dive in.
Table of Contents
What is Qualia Mind?
What Really Makes Qualia Mind Different
Benefits of Qualia Mind
What Else is in Qualia Mind
Pros and Cons of Qualia Mind
Bottom Line
FAQs

What is Qualia Mind?

A supplement introduced in 2016 by Neurohacker, Qualia Mind benefits from cutting-edge science and the best in research and development. Neurohacker was founded in 2015 to bring a hard-science approach to supplements, and nootropics specifically.

You can read all about their scientific approach, but what really stuck out to me was the fact that they look for ingredients with empirical data behind them. 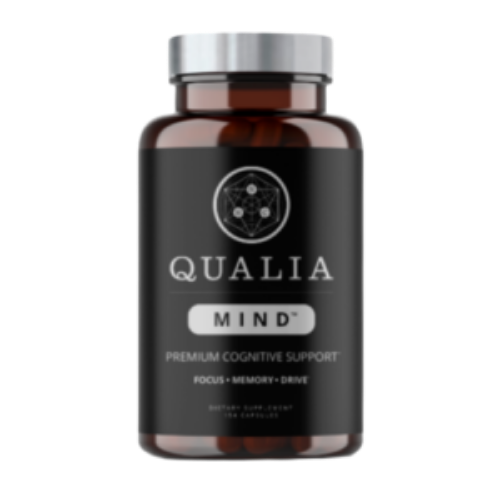 That means only things that have been studied to be effective and safe.

Qualia Mind ingredients are no different, and have standouts like DHA, Cognizin, Phosphatidylserine, Bacopa monnieri Leaf Extract, and Alpha GPC. (More on those below.)

As we go on to the benefits and specific ingredients in Quali Mind, I want to point out something that really sets them apart from other nootropics. Beyond researching effective ingredients with real science behind them, and beyond responsibly sourcing those ingredients, Neurohacker has devoted significant study to how much of each ingredient to use.

Rather than relying on the “more is better” approach, Qualia Mind uses the exact right amount of each ingredient. This has a three fold effect. One, it means you’re getting enough of the ingredient to actually get the benefit of it. 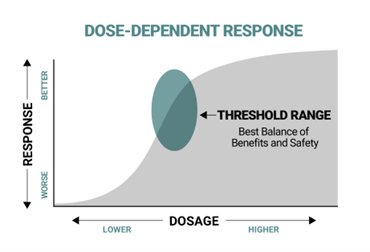 But it also means you’re not getting too much of any one thing. That’s the second reason for keeping an eye on doses. You don’t want to have any adverse effects or reactions between any ingredients, and Neurohacker has taken the steps to assure that. 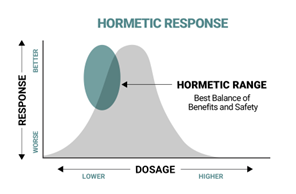 The third reason for monitoring ingredient levels is cost. Yes, cost. By making sure they aren’t artificially inflating the dose of any one ingredient, no matter how trendy it may be, Neurohacker makes sure that you’re only paying for the benefits you’ll get. Nothing more, and nothing less.

There are several uses and benefits for Qualia Mind. Like many quality nootropics, it can help with memory, mood, cognitive function, and even energy.

If you’ve come across the word “adaptogen,” you may have been a bit confused. It’s a relatively new concept that revolves around the body’s and mind’s ability to, well, adapt to situations.

Our natural adaptogenic responses include a dry mouth when we’re thirsty, triggering us to drink, but it also includes our hormonal responses. By applying good scientific principles to studying how certain compounds help us react to stress, Neurohacker has keyed in on Rhodiola Rosea. This herb has been suggested to improve our ability to adapt to life stressors without aging as quickly, keeping our immunological responses, and even resisting cancer.

Lots of products on the market can claim to help with memory, but Qualia Mind has the data to back it up. Using an ingredient called Phosphatidylserine, Qualia Mind can actually speed up your recall and even help you remember new information.

Phosphatidylserine is a type of fat, and before you get worried, it’s technically a phospholipid–the kind of fat that shields your nerves and improves their function. You can think of it like the casing of an electrical wire. The better the shielding, or in this case phospholipid layer around the nerve or neuron, the better the signal.

In the case of Phosphatidylserine, a study showed significant increases in memory and cognitive function–with no side effects.

No, not an examination of what your boss really does when they work from home. Executive function is the ability of the brain to execute higher functions. This includes self-control (don’t eat the doughnut), long-term recall (what was the name of the salesperson you met two years ago), and decision making (definitely the blue suit).

Executive function tends to decline with age, but it can also decline during stressful situations. That’s why it’s an important factor to address for any high-level nootropic. In the case of Qualia Mind, I found their inclusion of Ginkgo Biloba to be especially important, given two important studies I found. One shows that there are improvements in all neurophysical functions when taking Ginkgo, and another even found benefits for people suffering from Alzheimer’s Disease.

Okay, not a benefit of the supplement itself, but I just had to include it. I don’t see such an iron-clad deal very often. If for any reason you’re not completely satisfied with your Qualia Mind purchase in the first 100 days, simply return it for a full refund.

What Else is in Qualia Mind

In addition to the Ginkgo, Rhodiola Rosea, and Phosphatidylserine that led the review off, there are over a dozen other key ingredients in Qualia Mind. We’ll take a deeper look into them, now.

Pros and Cons of Qualia Mind

We’ll focus on the good and bad of Qualia Mind, what sets it apart from all other nootropics on the market.

Having reviewed dozens of nootropics and their ingredients, I can confidently say that Qualia Mind and Neurohacker have put some of the absolute best and most prolific science behind their product.

You can be assured that they have done their research, and that their product will stand up to yours, as well. It’s available on their site for $69.50, but after that it goes to $119.00. But don’t forget that 100% money back guarantee. Try it for yourself, risk free.

Are There More Ingredients in Qualia Mind?

Yes. There are a total of 28 safe and effective ingredients in their formula.

Who is Behind Neurohacker?

There are several medical and naturopathic doctors on the staff at Neurohacker, as well as a team of researchers and developers, all dedicated to the absolute best and most premium supplements on the market.

Does Neurohacker Make Other Supplements?

Yes, they do. They have two other Nootropic products, as well as supplements for Sleep, Beauty, Vision, Energy, and more.

Is it Safe to Take Qualia Mind with Other Supplements?

Yes, though if you’re concerned about anything specific, you should consult a doctor, especially if you have an underlying condition or are taking prescription medication.